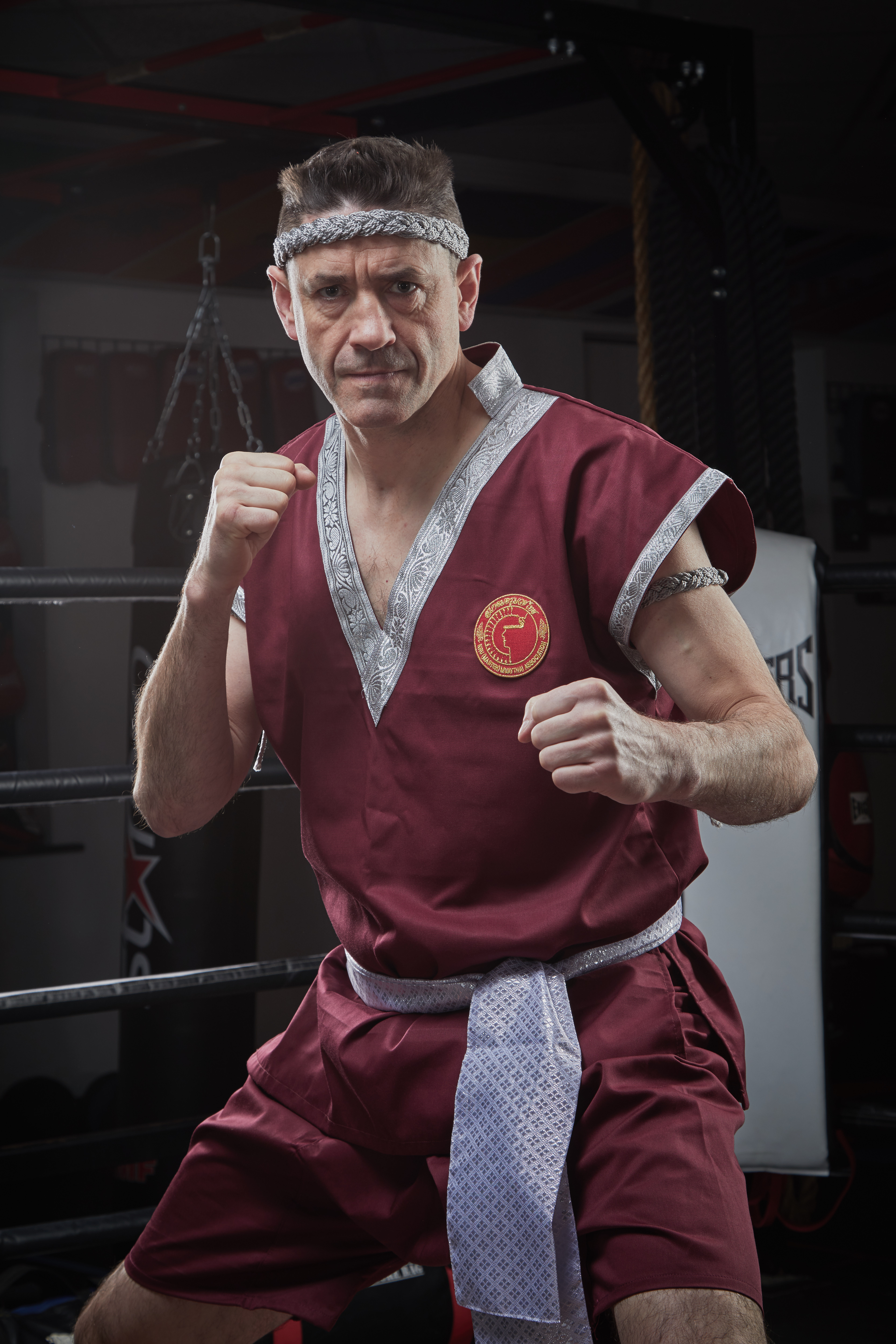 working with and being recommended by Grand Master Kevin Lloyd.

Here is an article published by the Harrogate Advertiser :

Pierre Mahon, head coach at Kao Loi Gym and resident of Huby, has been accredited as a Master of Muay Thai by the Kru Muay Thai Association in Thailand.  The Association is the only governing body sanctioned by the Thai government’s Cultural Committee to oversee the awarding of grades in Muay Thai.  Worldwide there are only twenty three others outside Thailand who have achieved this level.

Pierre Mahon has been teaching Thai Boxing in Harrogate for twenty four years and in that time has had hundreds of people through the doors of his club. “I am so pleased to have made a difference to so many people’s lives in Harrogate. Some have had bullying and confidence issues, some have wanted to get fitter and stronger, and some have wanted to compete, but I reckon I’ve helped all of them improve.” “This recognition as a Master of Muay Thai, along with the Stray FM Sports Achievement local hero award is the proudest moment of my coaching career, and hopefully I’ll be around for another twenty six years in Harrogate!!”